We’re doing it again! twenty-four magazine Issue 4 gets created, start-to-finish, in the 24 hours starting this Friday at 10am. See the video above made by me. It will explain everything you need to know.

END_OF_DOCUMENT_TOKEN_TO_BE_REPLACED 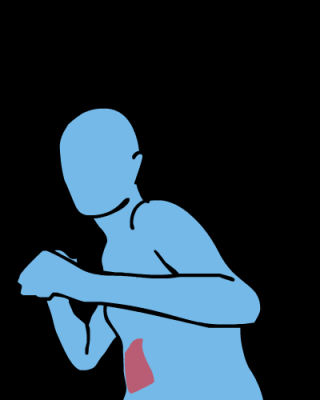 OddBrawlz was the final name of my entry for the TIGSource Sports Compo. Everything I’ve made so far has been for 3-day jams, and usually extremely stripped down. I wanted to do a month-long jam to make something with a little more thought. I’m also not a skilled enough programmer to impress anybody with three days of work. (Yet.)

END_OF_DOCUMENT_TOKEN_TO_BE_REPLACED

WIP. Just in time for Boxing Day. For the TIGSource Sports Compo.

Mockup. Just to assure you: One-Eyed Monsters is not dead.

(For video-transfer purposes, this is running at 10 frames per second instead of my preferred 12. Click here to view the SWF.)

Excerpts from a short film I made a few years ago during a 3-day vow of silence.

Let’s talk about this for a second: I was having a weird time. I had left California on a train a little over a year before and come to Rhode Island, a place I’d never been before. I decided to do this project when my best friend, who had been staying in Rhode Island after coming back from Europe, decided to move back to Oakland. The week leading up to the project’s start, my ex, who I hadn’t heard (almost) a single word from since I left, sent me an email. I was also approaching a few personal anniversaries.

The vow of silence became a sort of meditation on who I was and who I’ve known in my life.

These are some of my favorite bits. The complete film… I kind of can’t stand to watch it anymore. One of the tricky things about making work that is sincere is that sometimes you grow out the phase you’re in when you make it, and then watching yourself cry about ex-girlfriends on camera makes you want to punch your younger self in the head.

I am very proud of this project. I did something honest about what I was feeling at the time. I don’t feel that way anymore. And the next extremely honest project I make won’t talk so insipidly about, like, LOVE, man.

Short song made last month in PxTone Collage. I’m getting better at this.

(I’m done uploading stuff from college, this is from the “recent work” section of the portfolio.)

This is from a project I did during my year off from school (that is, before I dropped out). A friend gave me 14 random words and I was to make a single video every night for two weeks using one of the words as a prompt. (“1t1d” stands for “a thing a day.”)

This one was “frozen.”

First semester at California College of the Arts, I was given this assignment in my Time & Media class: make a one-minute film using a word from a Shakespearean sonnet as a springboard. Do the entire video in-camera with no edits.

This is what resulted.

Most folks did something pretty simple – one guy just pointed the camera up at the ceiling while he drove through a tunnel – but I spent a solid hour doing take after take to get this just right (and down to 1 minute).

Please forgive the image quality; getting this onto the internet involved dubbing a Digital8 tape to DVD, ripping the DVD footage at a poor compression, then capturing the DVD rip with a screen capture program when it wouldn’t import into Final Cut, and finally compressing the hell out of it to fit it on a disk for my college portfolio application. I could get a higher-resolution version, but it hardly seems worth the effort.